Signature Closers started as a one-agent signing service and quickly grew into a robust network of agents providing services nationwide. Their introduction of new technologies into the industry quickly earned them a reputation of being the premiere closing partner of title companies and lenders.

The company is guided by its motto of “People. Process. Technology.” This focus has enabled Signature Closers to capitalize on over 14 years of experience in developing the most economic eNotary-capable platform for their clients. Through their network of signing agents and attorneys, they offer full and self-service options, all designed to help companies automate and manage their signings in-house.

An Aging Moblie App in Need of an Overhaul

Signature Closers’ mobile app Signing Catch, empowered their agents to manage signings and accept or decline new appointments. While this served them well, the app was showing its age and was unable to take advantage of modern technologies that were unavailable when it was initially developed.

Always leading innovation within their industry, Signature Closers knew it was time to redevelop their mobile app. They were interested in a modern look and feel running on a platform that could take advantage of the latest technologies. They contacted Edge Webware to gain insight into the possibilities of a rebuild and the scope of such a project.

Edge Webware developed the new mobile app from the ground up using the React Native framework. This technology allowed us to provide a quick and simple solution for end-users, with the ability to run the app on the device of their choice. In addition to being available on both Android and iOS devices, the new app integrated with Signature Closers’ existing Web application/service.

In addition to adding new functionality, we updated the UI/UX (user interface/user experience), giving the app a modern layout, improving the navigation, and enhancing the overall usability. We also upgraded the push notifications, so notaries are quickly informed about new signings as they become available.

Once all aspects of the new app were fine-tuned, we deployed the latest version to both Google Play and the Apple App Store, giving agents download access 24/7.

As part of our ongoing relationship, we continually evaluate the app for further improvements. We also perform monthly maintenance to ensure new devices are supported and the app’s codebase stays up to date. 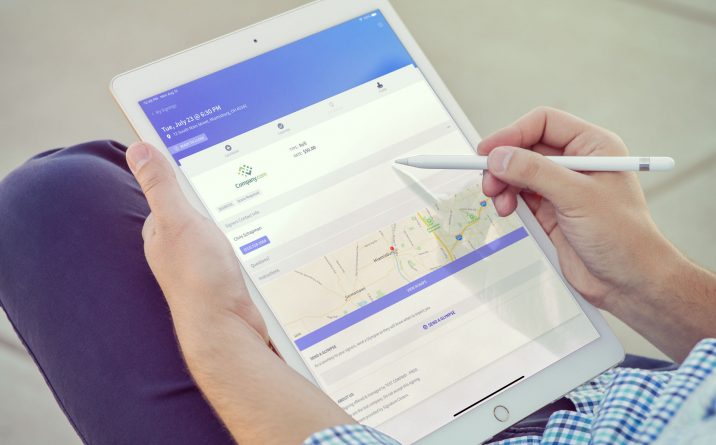 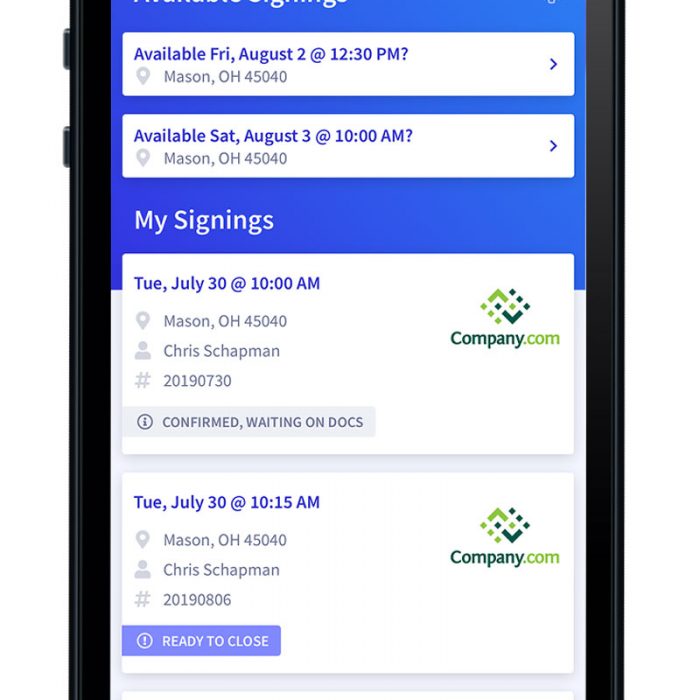 Some of the features include:

With the launch of their redesigned Signing Catch app, Signature Closers has once again positioned itself as an industry innovator and leader by incorporating new technologies and advanced tools for their users into the field.

The feedback from Signature Closers’ agents and clients has been nothing but positive. Signing agents love the added features, the ability to manage their appointments better, and the stability and reliability of the upgraded tech stack. Clients appreciate the real-time feedback when closings are completed and notification of any associated payments that are due.

Edge Webware’s focus on ease of usability for both the signing agent and the client allowed us to develop a solution that provides a smooth transaction for all parties involved.

Signing agents love the added features, the ability to manage their appointments better, and the stability and reliability of the upgraded tech stack.

How can Edge serve you?

Users who count on your mobile app expect dependability. Proactively analyzing its performance is the first step to ensuring a reliable user experience.

Whether your app needs a full rebuild or minor adjustments, the team at Edge Webware is here to provide expert guidance regarding its lifecycle. Contact us today to schedule your mobile app evaluation.